Jordi Mestre, the founder of Nomad Coffee, has spent two years working in the best coffee shops in the city. He decides to put everything he’s learned into practise and set up his own coffee cart, becoming a nomadic barista and serving coffee around some of London’s most legendary markets. Nomad Coffee is born. 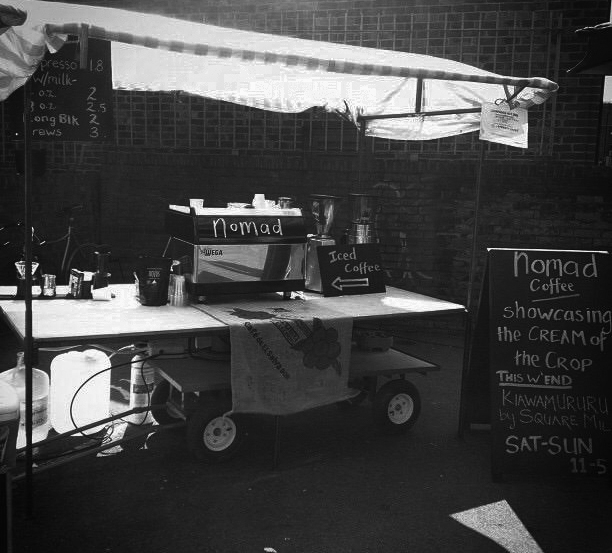 A year after starting his coffee venture in London, Jordi signed up for Spain’s National Barista Championship, winning first place at the finals in Madrid. One month later, with the support of his mentor, Rob Dune, he reaches 15th place in the World Barista Championship in Vienna. This opens the door to his first job as a roaster in the micro-roastery, Nude Coffee Roasters.

Jordi goes on to win Spain’s National Barista Championship for the second year running and he is sent to Melbourne, Australia to represent his country in the World Barista Championship. He decides to sell his coffee cart in London to transfer his experience to Barcelona.

Nomad opens its doors in Barcelona with its first shop, NOMAD COFFEE LAB, space where coffee is the only thing on the menu, flying the flag for third-wave speciality coffee in the city.

Fran González trains as a barista and that summer joins the team as Nomad’s first employee, eager to learn how to roast coffee alongside Jordi. Today, Fran is a partner in the company and Nomad’s Head of Coffee. The company launches the first edition of its bottled Cold Brew.
Speciality coffee is creating more of a stir among the press and begins to gain ground in the hospitality industry. 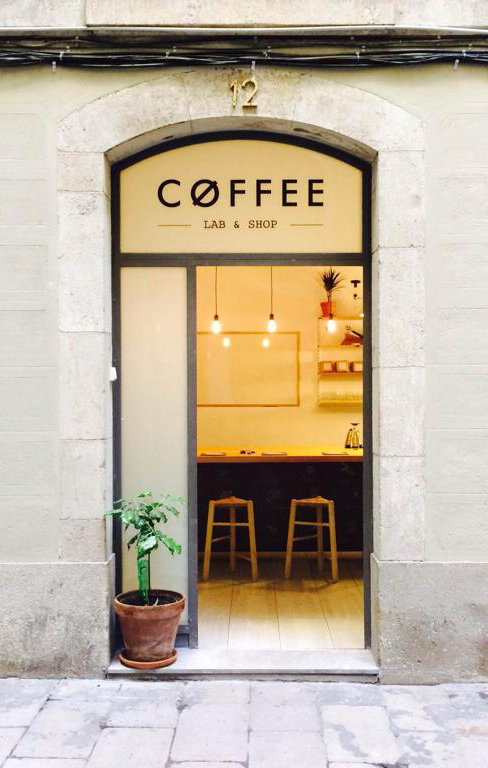 The Passatge Sert Coffee Lab in 2014. 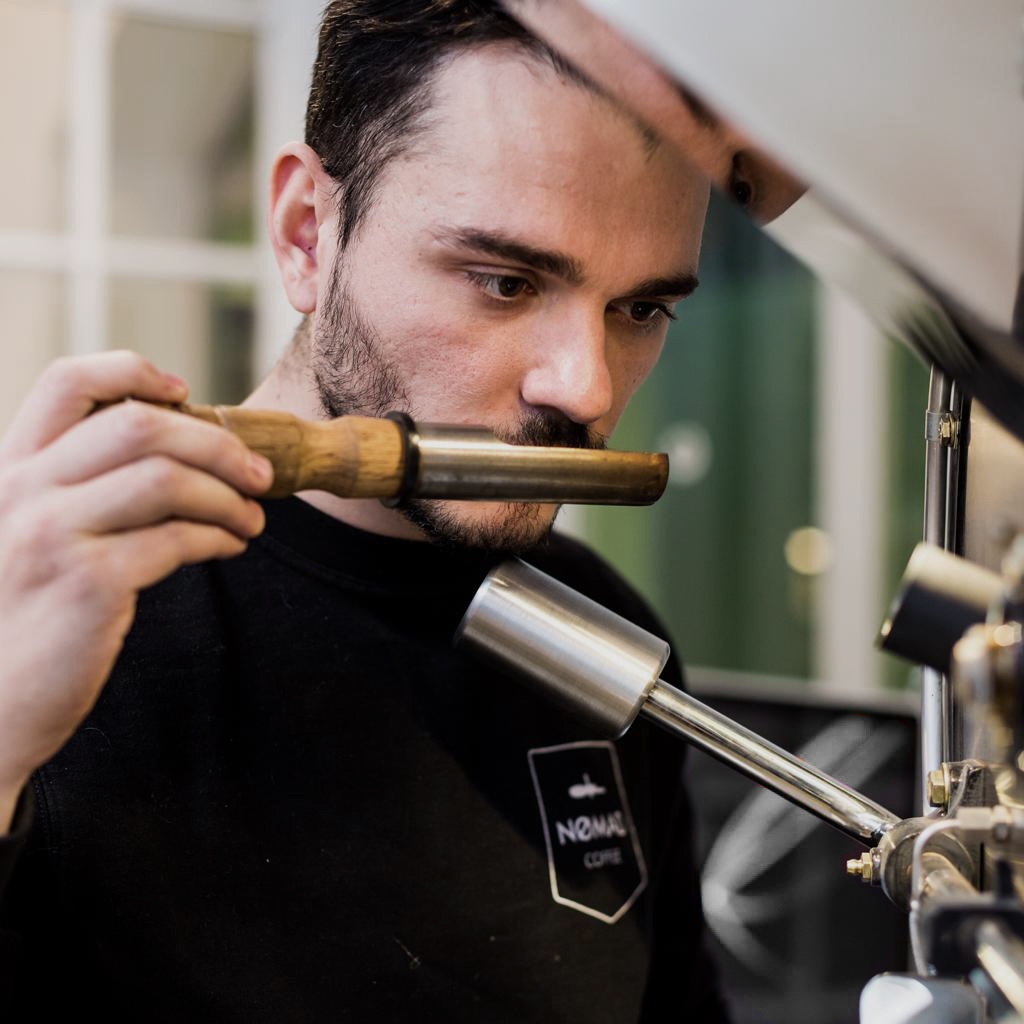 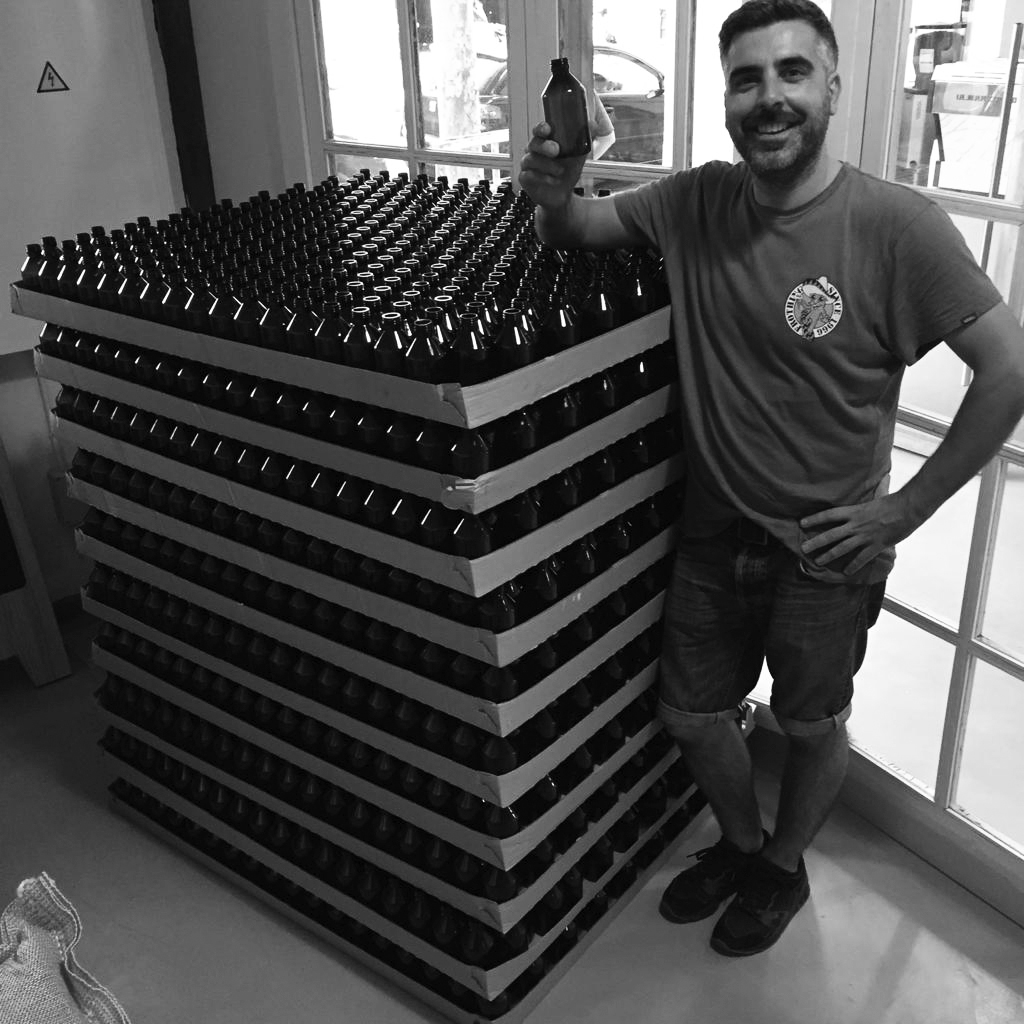 Xavi and his first bottle pallet for the Cold Brew.

As third-wave coffee becomes more popular in the city, Nomad lands its first wholesale clients. We start to supply coffee to other businesses and share our experience through consultancies and training sessions.

In order to be able to offer this service, we open ROASTER’S HOME in Poblenou, their first headquarters.
This open to the public roastery also becomes a learning hub where anyone with a desire to learn about coffee can book a course or cuppings

Our Cold brew is the highlight of the summer and Xavi Navas takes charge of production. 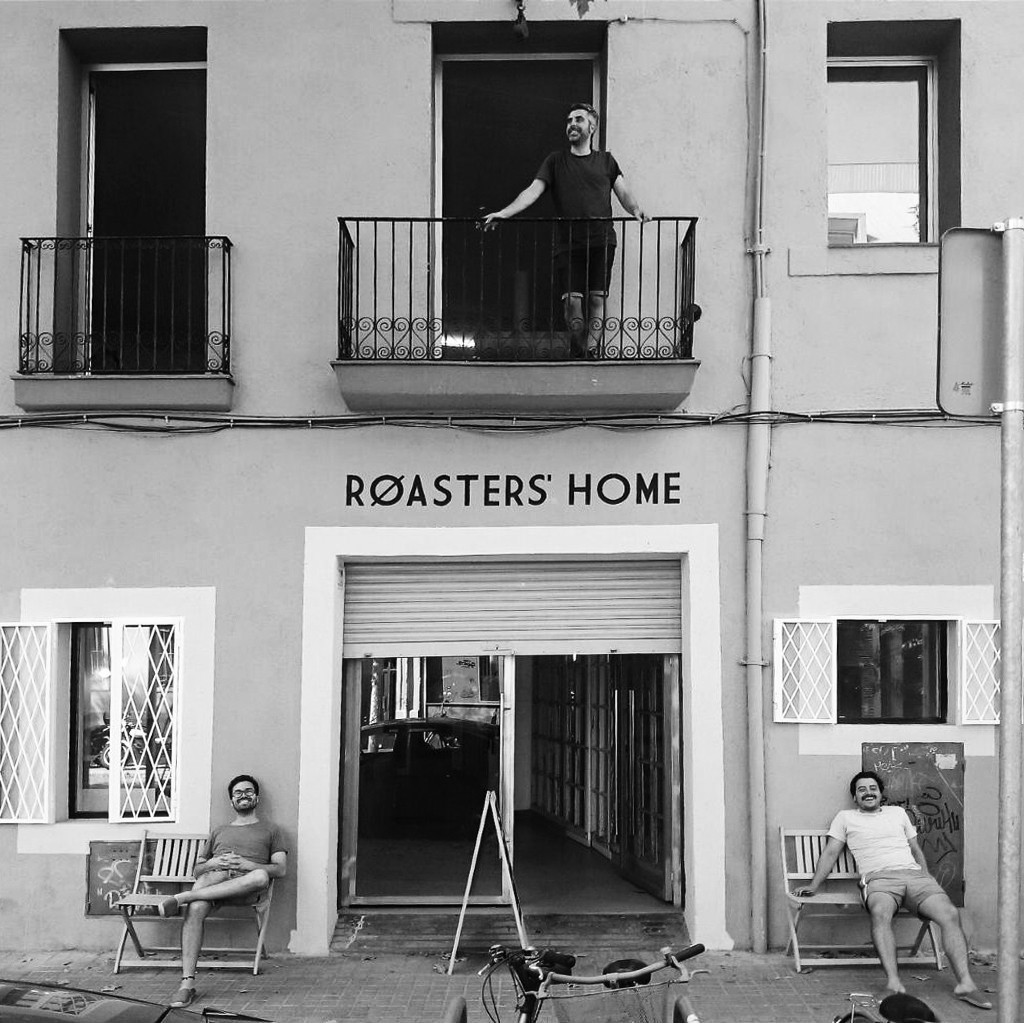 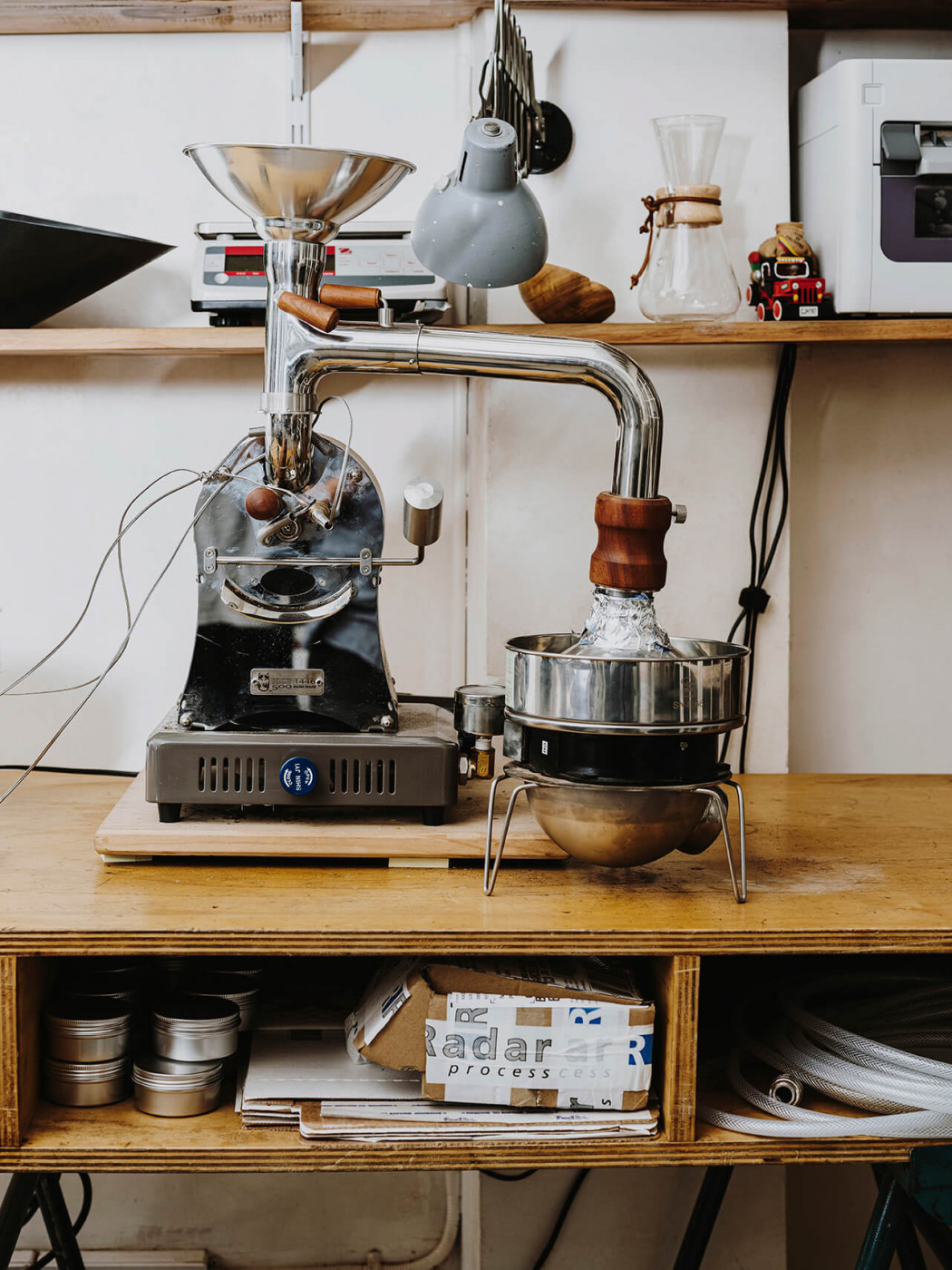 The first toaster at Nomad.

With the roastery up and running and the business taking shape, We travel to origin at the hands of Falcon Coffee and Richard Williams, Jordi’s mentor when he began roasting.

These trips will become the first of many. They help underscore how important it is to support producers and we discover just how much support and training they receive from importers. 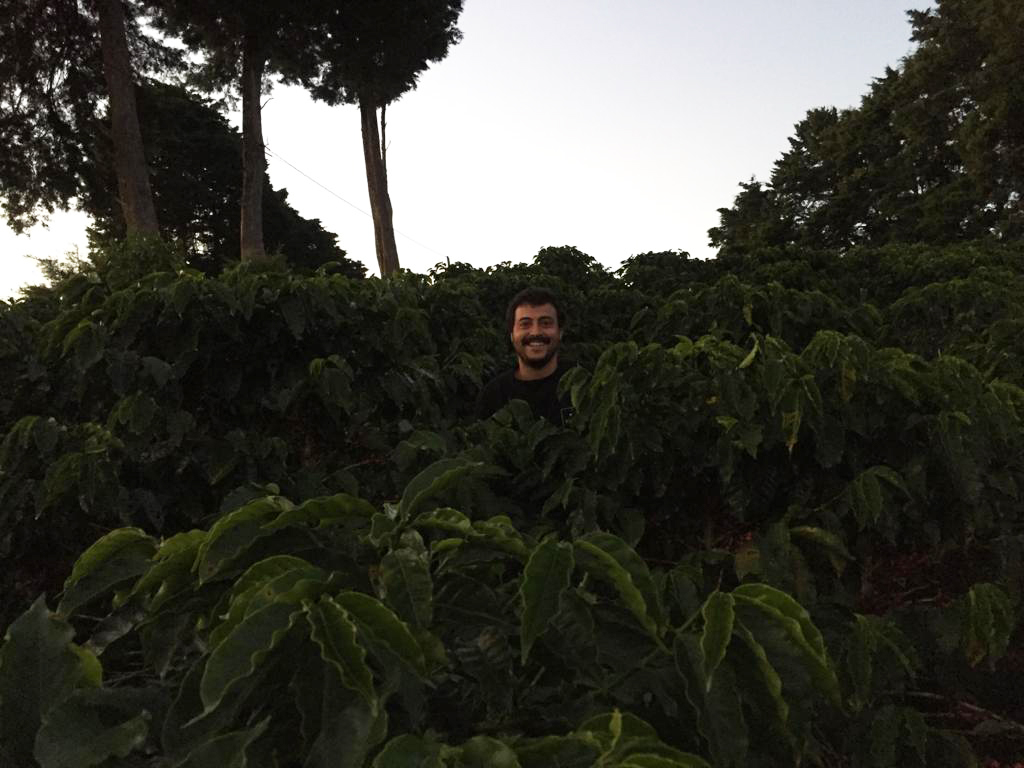 Jordi on the first trip to Rwanda.

We open our third shop, NOMAD EVERY DAY, located in the centre of Raval. This new space give us room to experiment with coffee as well as serving the perfect espresso, daring to offer signature drinks and expand their range with food and ice cream, one of our closest allies. 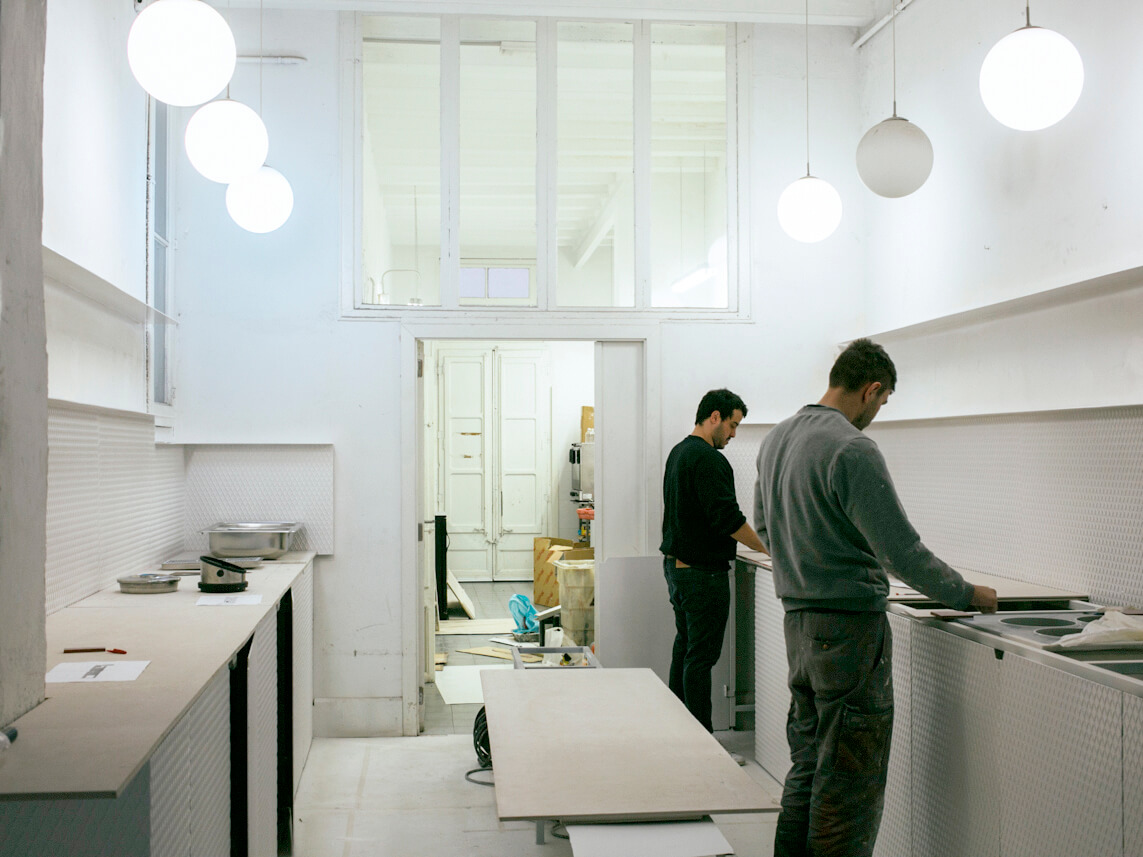 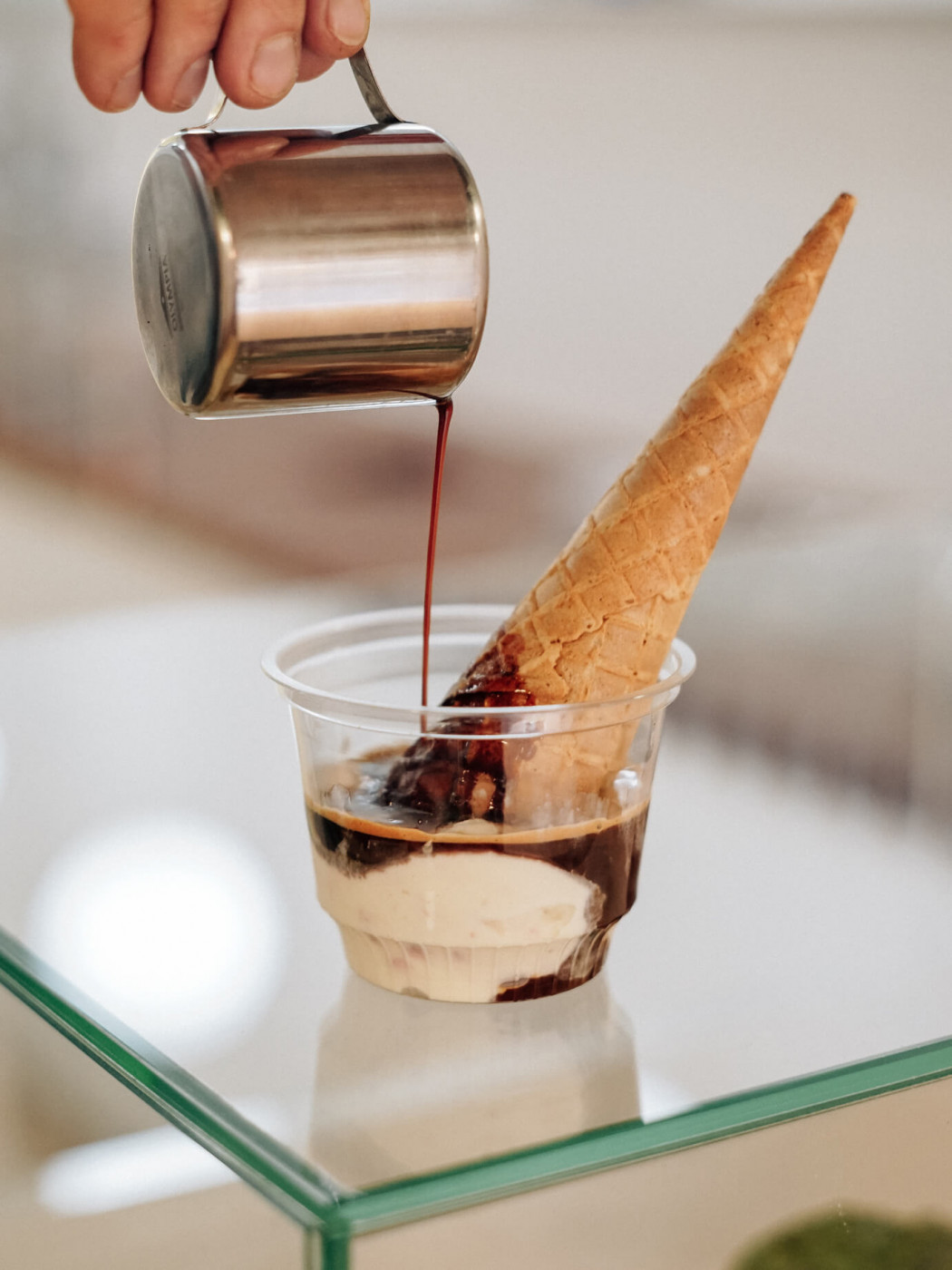 Our expansion has been a responsible and organic process; a response to demand and the result of grasping opportunities with both hands. In 2017, we were offered a restored and improved German Probat UG22 roaster with new features for controlling the roast, gas, airflow, and flame. This new addition helped us increase production and we subsequently expand our clientele whilst maintaining the highest possible standards.

We are fiercely committed to supplying Cold brew, not only in our stores but also satisfying orders from clients. Today, this service can only be offered thanks to Xavi’s tireless efforts and commitment.

Improvements made in 2017 help Nomad consolidate itself as roasters in the international market as we continue to expand. Nomad Coffee starts to gain a presence in coffee shops around Europe, the USA, China, South Korea and Canada, among other countries.
Our objectives for 2018 includes standardising our quality criteria and even increasing our professionalism, developing and establishing protocols for quality control and creating a management position in this area. 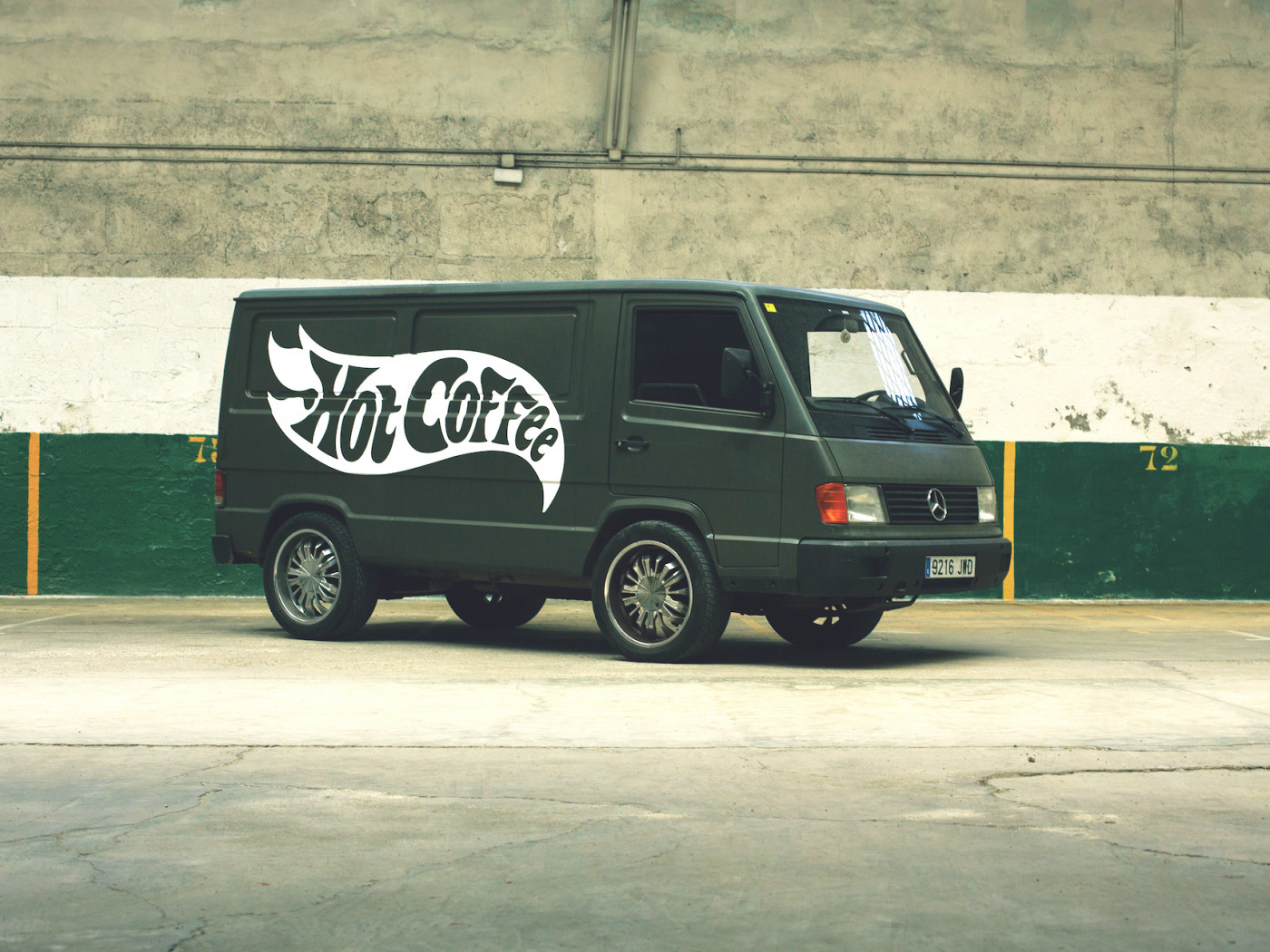 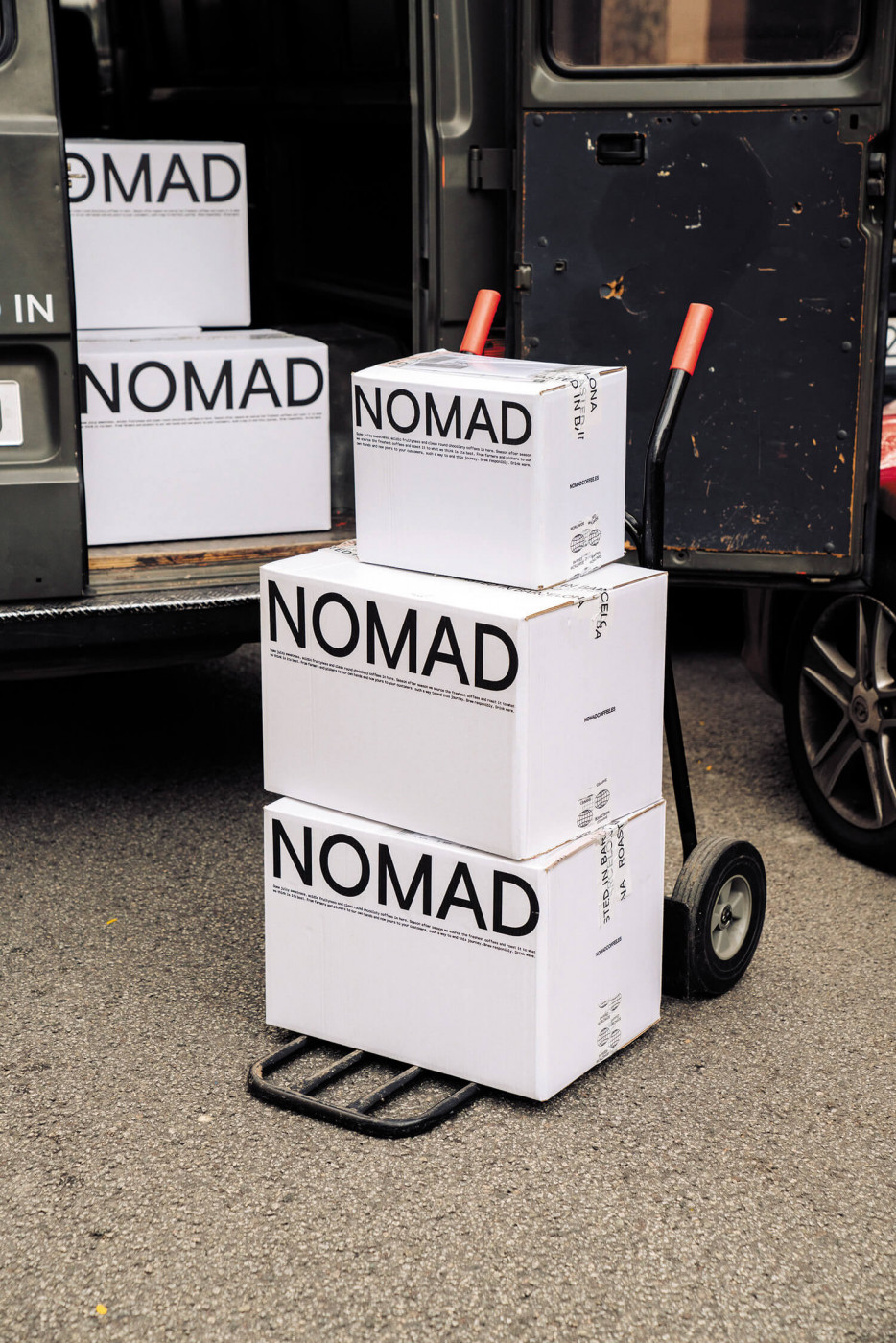 At this point, Nomad Coffee has more than 20 employees. A young and talented team, all trained in house and passionate about the world of coffee. Nomad has created roles they wouldn’t have dreamed of when we started, such as an account and logistics manager and even an art director.

We still travel whenever we can, not only to origin but also to consumer countries to participate in fairs, festivals and cuppings. Thanks to this international outlook, we have gained visibility throughout the sector and had the chance to make very strong alliances. 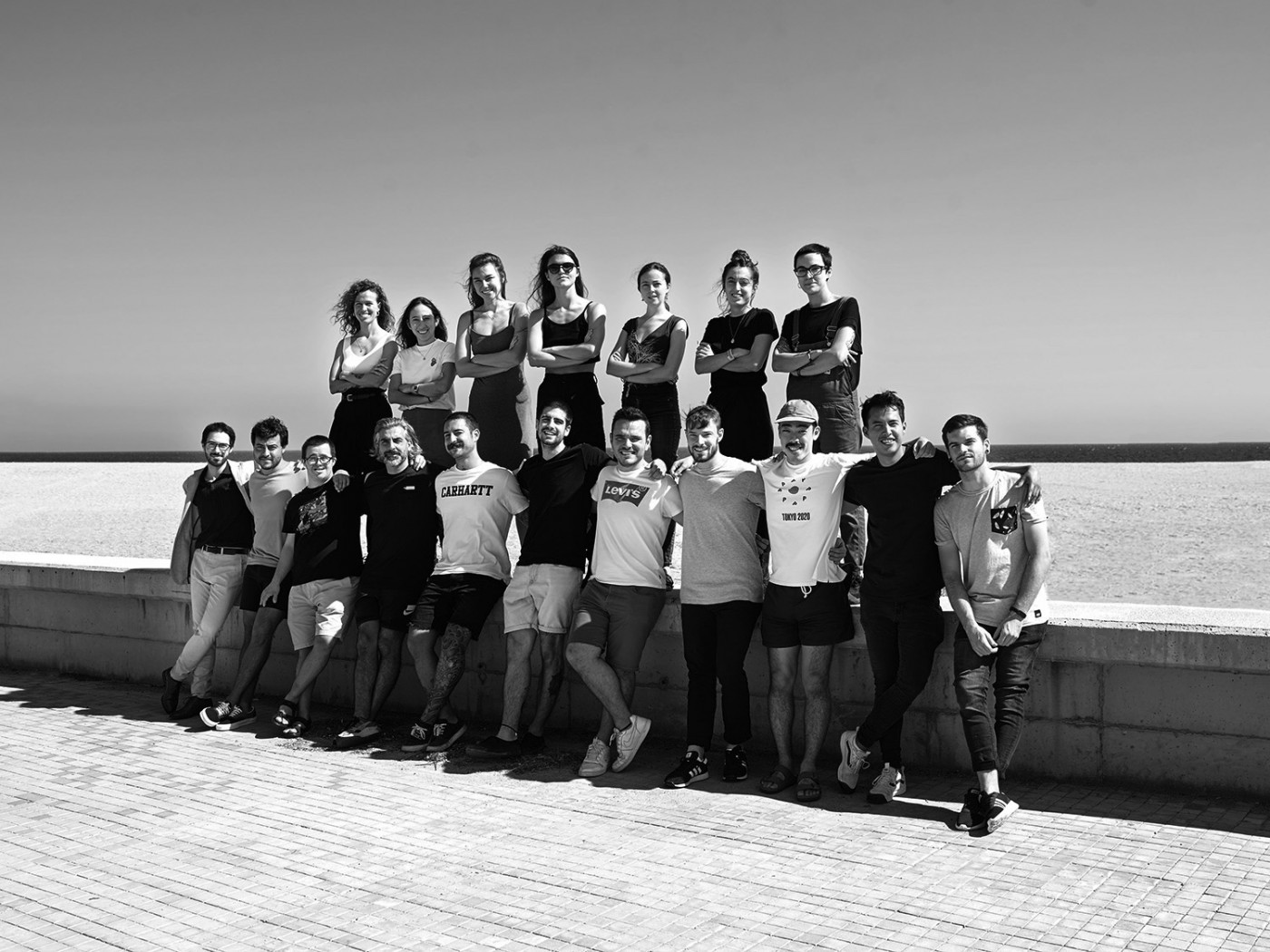 The COVID-19 pandemic forced us to close the coffee shops temporarily. We decided to shift our focus to connecting with customers through our website. The outcome of this decision was a website relaunch enriched with different sections, content, and in more languages. This was a crucial step that allowed us to take our coffee to the whole world, even in the most difficult moments.

We started a new project, PA DE KILO, with the help of Oswaldo Brito; good bread is now among us. 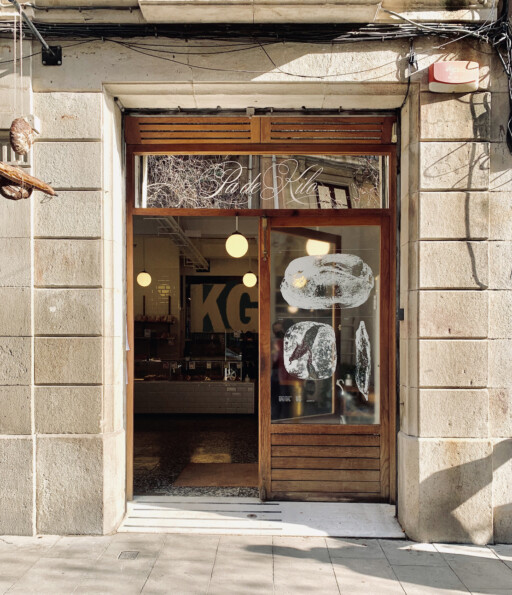 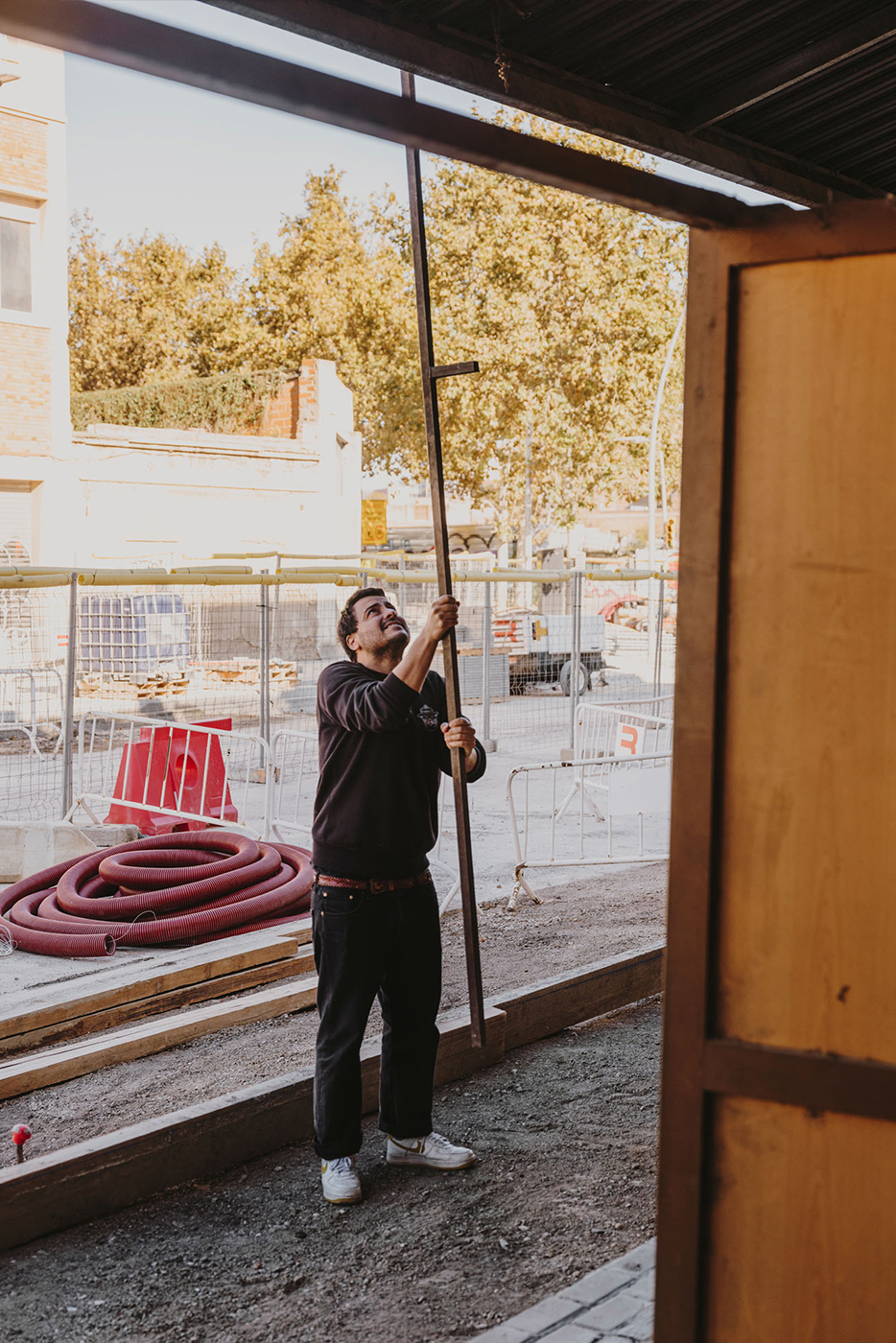 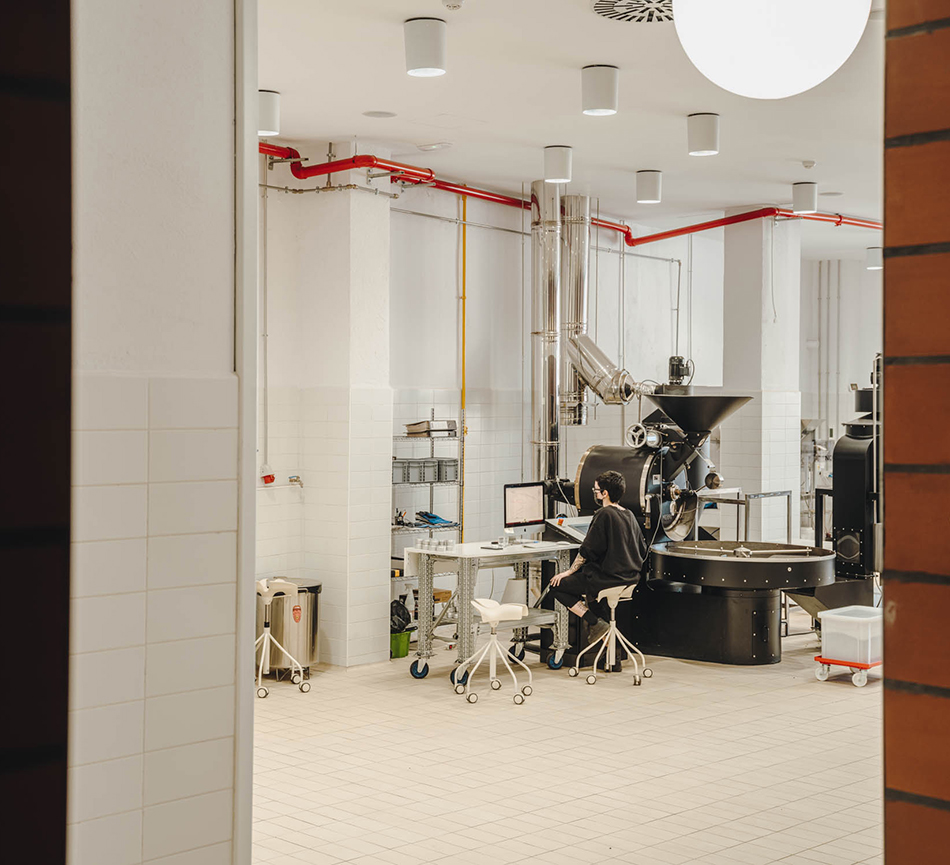 Our new roaster and headquarters Cal Nomad takes off: a completely renewed space with ambitious projects in mind. The new facilities provide for greater production volume, as well as the conditions to host events, accommodate cupping and tasting courses, and professional training. 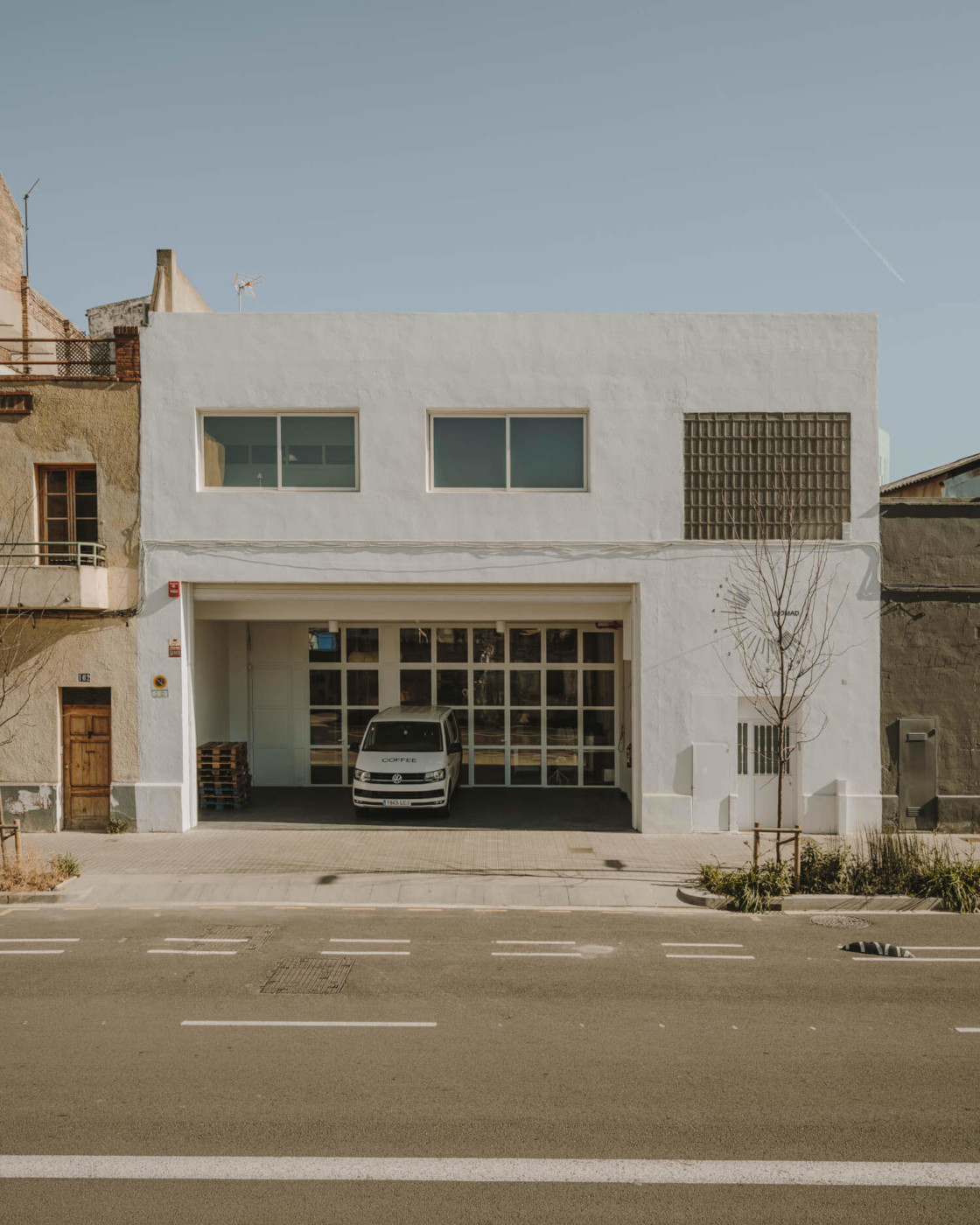 – Barcelona, 2021
After a rough year and being proud of the results, we decided to showcase all the work behind our menu by publishing our first TRANSPARENCY REPORT. The report highlighted the respect we have for the producers’ craft and asked which is our role in making the speciality coffee sector more sustainable.

This year we also released video content: tutorials, recipes, and coffee presentations on our Youtube channel, website, and social media hosted by our CQ: Ivette Vera. 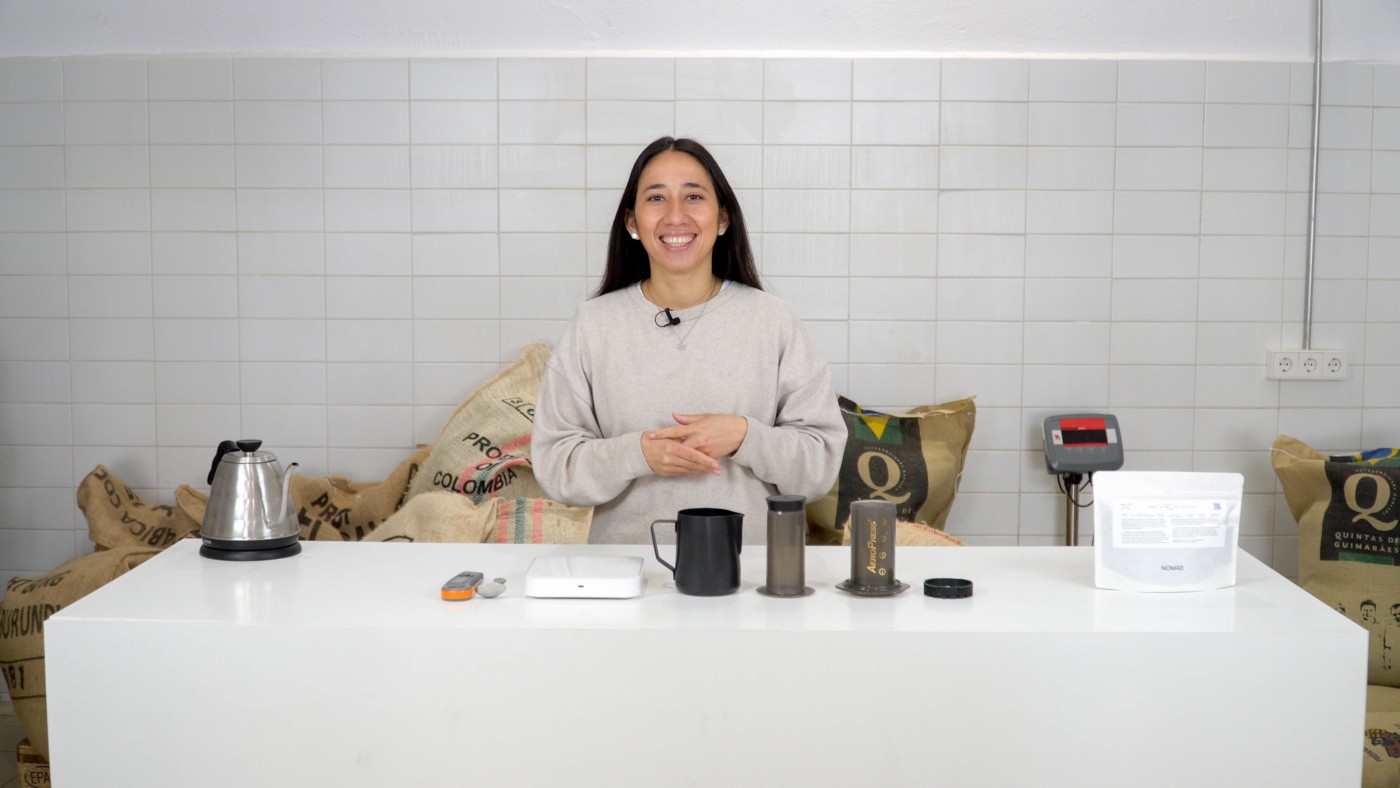 Ivette showing us their superpowers :)

Following the steps of the previous year, we ventured on the creation of a new shop in our old roastery; Frutas Selectas was born. In addition to specialty coffee, we offer Pa de Kilo’s bread, takeaway by Caravanmade, and local fruits and vegetables by Cal Paguet. 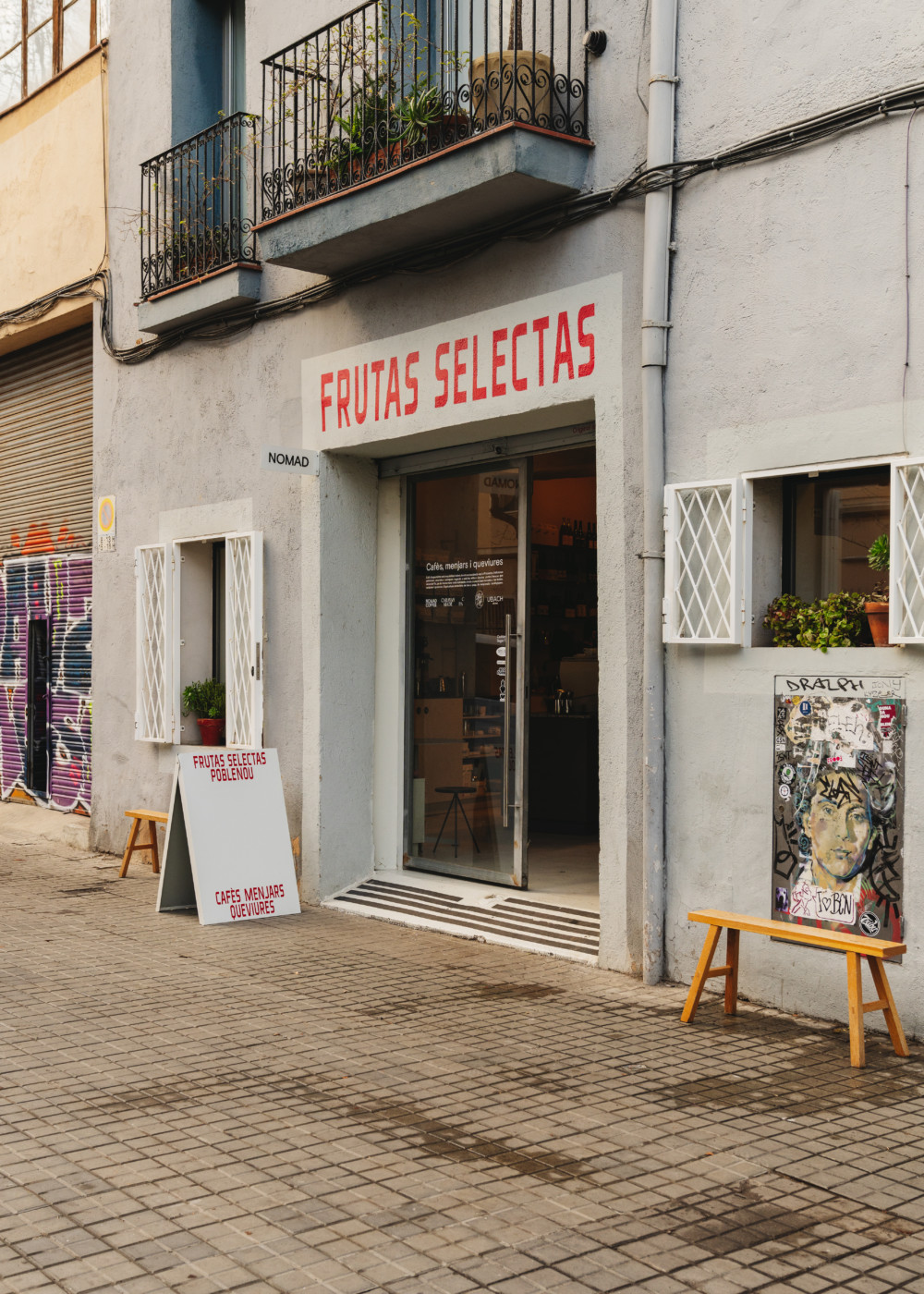 We use cookies on our website to give you the most relevant experience by remembering your preferences and repeat visits. By clicking “Accept All”, you consent to the use of ALL the cookies. However, you may visit "Cookie Settings" to provide a controlled consent.
AJUSTES COOKIESACEPTAR TODO
Manage consent